Sri Agathiar Sanmaarga Charitable Trust has been serving the poor and downtrodden in Thuraiyur, Trichy, Tamilnadu, India since 1989. The center, known as "Omgarakudil", has charity as its basis of spirituality.

Charity here means anything that can be done to ease the suffering of poor people without expecting anything in return. These include providing food, water, clothing, medical assistance and education. The focus on charity here is mainly feeding the hungry, poor people. Most of them are poor homeless, old aged and children from poor families. The organization has also started a center at the foot of the Perumal Hill to cater for the poor in that area.

In addition to that about 20,000 people are fed around the Thuraiyur town. Following this example volunteers have setup food distribution centers at various places in Tamilnadu to name a few in Chennai, Virudhunagar, Mannachanallur-Trichy, Coimbatore, Karur, Salem, Rasipuram, Mangathevan Patti, Tanjavur, Perur, Thirunelveli, Thiruvannamalai, Thuthukudi, Udumalaipettai, and Paingganadu.

Apart from food, the organization was also supplying clean drinking water to Thuraiyur town and it's surrounding villages in early nineties when drinking water was scarce in Thuraiyur. During the summer season (from March till May) 'neer moor' or butter milk is also supplied to the people of Thuraiyur.

The Sangam has also successfully conducted free marriages for over 2000 very poor couples from the surrounding villages. This has reduced the burdern of many poor farmers as otherwise they will forever be under the slavery of debt.

As part of its fundamental principle, the organization also conducts village gathering to preach true spirituality and universal brotherhood. In addition, on every full moon of the month (pournami) special prayers are held for all women regardless if they are widowed, married or unmarried. This is for the general well being of women in society.

The sangam also has branches all arround the world, to name a few in Malaysia, Singapore, Australia, London, Srilanka, and Kuwait.

The Sri Agathiar Sanmaarga Charitable Trust raises its hands to the whole world for help and support. To ensure continuing services to the poorest of the poor we need generous inflow of funds. 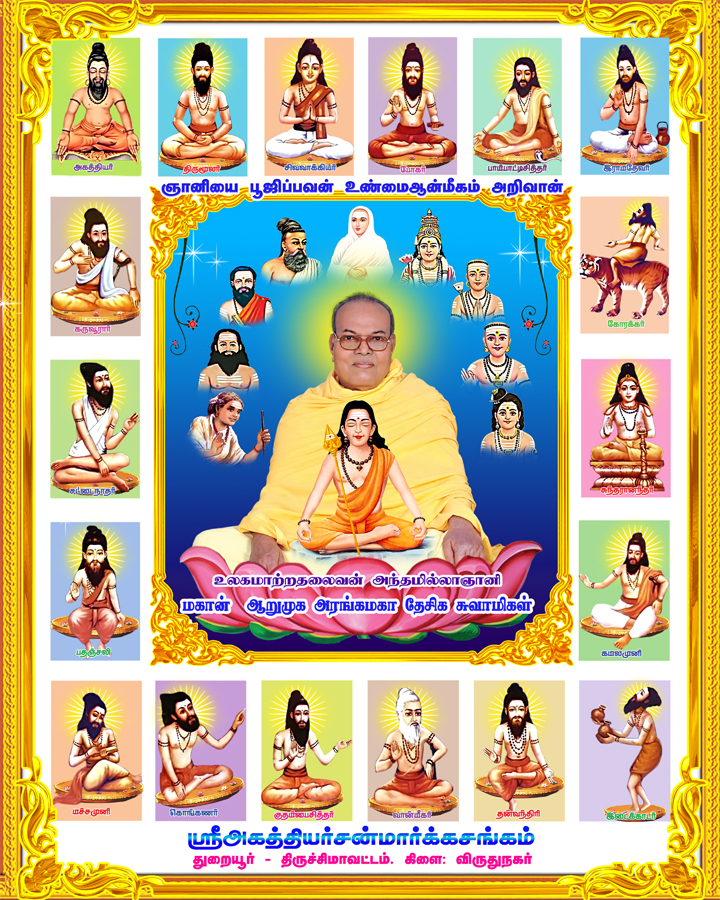